Hamilton's response to Government direction for growth and the changes we must make to the District Plan (our rule book for development.)

We’re making some changes to Hamilton’s District Plan, the ‘rule book’ that guides development in our city. These changes will provide for more housing, and higher density housing, across the city.

This means there will be changes to the rules around how you can develop your property. But it also means more homes can be closer to all the things we need like shops, jobs and public transport. It also provides for more homes, and a greater variety of homes, for the people that call Hamilton Kirikiriroa home.

We’re aiming to notify these changes for public feedback on 19 August this year. That will be your chance to find out more detail and have your say on our proposal.

Why are we making these changes?

Since 2020, Central Government has reset the rules for how big cities can grow and introduced two pieces of legislation that tells councils how they must make that happen. These are the National Policy Statement on Urban Development (NPS-UD) and Resource Management (Enabling Housing Supply and Other Matters) Amendment Act 2021.

Amongst other things, the new rules requires cities like Auckland, Christchurch, Wellington, Tauranga and Hamilton to grow up, not just out.

What do we mean by density?

When we talk about density we’re talking about how compact the housing in our city is. For example, the size of our sections and how many storeys high we can build.

Low density is typically large sections, for example 800m2 with a house and a large backyard.

Higher density can be multi-level townhouses and apartments like those already seen in parts of the central city and around the university. 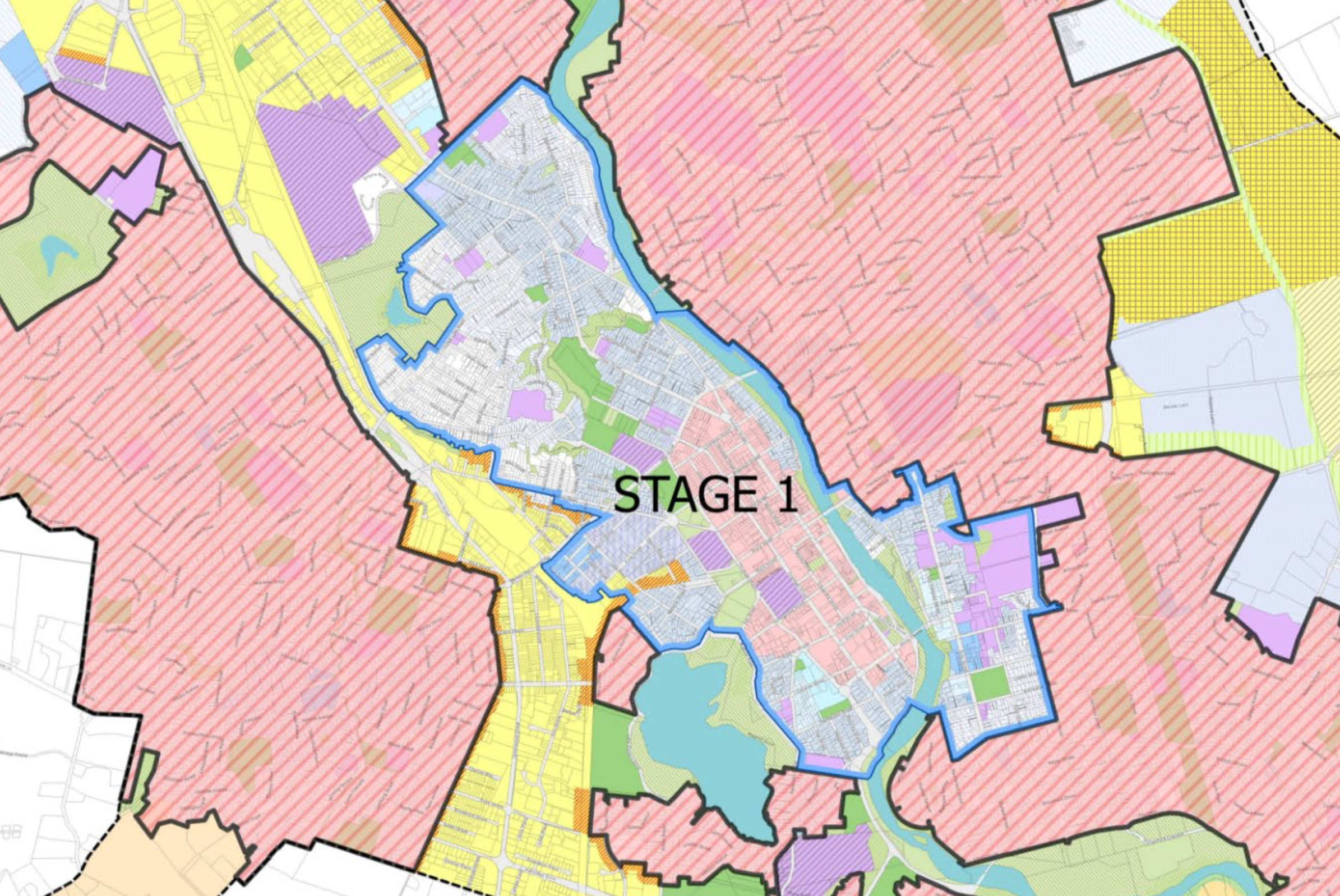 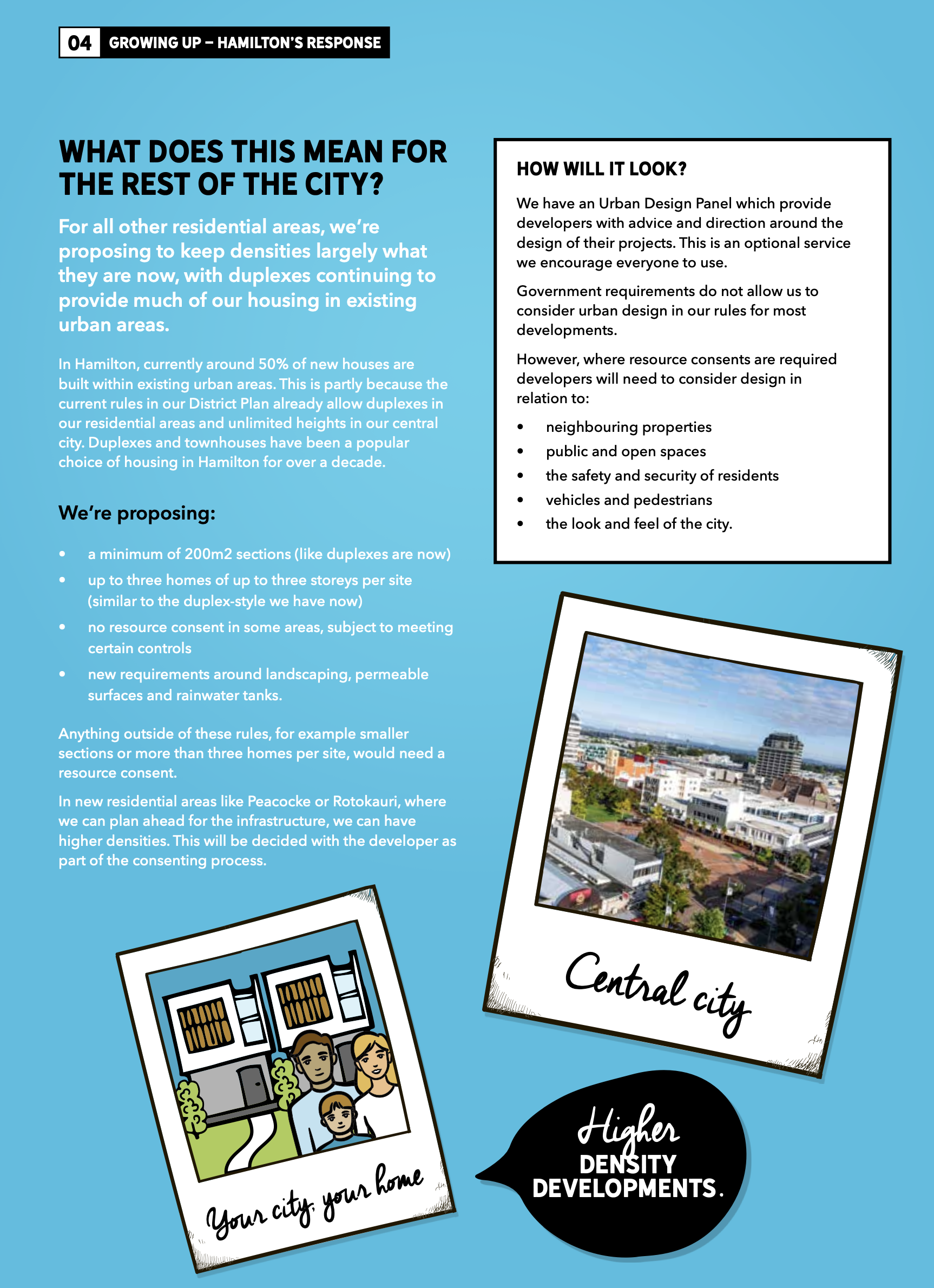 What are the key issues identified in the current building consent system?
Read More

These changes will provide for more housing, and higher density housing.
Read More