A law change will allow landowners in Auckland, Hamilton, Wellington, and Christchurch to build up to three storeys without resource consent.

The Government and National have unveiled a new bill to force councils to allow more dense housing by de-fanging planning laws.

New intensification rules will allow buildings of up to three storeys on most sites in cities without any need for resource consent from August 2022.

The bill is paired with a speed-up of the Government’s National Policy Statement on Urban Development (NPS-UD), which stops councils hindering development by banning height limits of less than six storeys and car parking requirements in urban areas.

Under the new rules, to come into effect by August 2022, people will be able to build up to three homes of up to three storeys on most city sites without needing a resource consent. On most residential-zoned sites, Hamilton’s District Plan usually only allows for a house and ancillary flat with a maximum height of 10 metres.

Mayor Paula Southgate has warned Hamilton could irrevocably change as a result of the changes aimed at cutting red tape and enabling more medium and high density housing in the city.

“There is no question that allowing three-storeys to be built in existing residential neighbourhoods, without resource consents, will impact big parts of Hamilton,” she said.

“The reality is that the standards announced today are a lot more relaxed than our current District Plan rules. They will enable quite radical changes to height, plus how close and how high you can build to the front and side boundaries of sections. They are significant and they will change the look and feel of some of our neighbourhoods.

“I know some people will be concerned and I certainly understand that. So, we need to make sure whatever is built is sympathetic and makes for a better community,” she said.

While the timing of today’s announcement was unexpected, Council had already begun work on a major overhaul of its District Plan in order to comply with a strong Government directive to increase housing density.

“But there’s a lot more work for us to do to understand the impact of these latest changes on that process, including how it applies to the Vision and Strategy for the Waikato River. And our Council will have a lot of questions around funding and how these changes fit into the growth we already have planned,” she said.

“As a city, we’ve done huge amounts of work to determine where growth should go. And we’ve planned for that growth by putting in the right infrastructure, like roads and water services and parks, in place. So I certainly won’t be happy if the Government now comes along and dictates new growth areas without first agreeing them with us.”

Hamilton City Council would be looking for funding support to back up today’s Government announcement, she said.

“There are huge infrastructure costs incurred in supporting more density. You can’t just put more people into more houses and expect existing infrastructure to cope. In some instance it won’t. So we will certainly be looking for financial and other support from the Government to deliver on their changes they have announced today.”

Analysis from PWC suggests these changes will add between 48,200 and 105,500 new dwellings over the next five to eight years.

The medium density changes will allow landowners in Auckland, Hamilton, Wellington, and Christchurch to build up to three storeys and on up to 50 per cent of their land without resource consent.

Collins said adversarial politics should be put aside in case of an emergency – and housing had become an emergency.

“National sees the Resource Management (Enabling Housing Supply and Other Matters) Amendment Bill as a step forward. The changes it contains will allow New Zealanders to do more on their land without needing a resource consent, reducing the time, cost and complexity that too often greets those who want to build new dwellings.”

The NPS-UD was first unveiled in 2020 but has a long implementation timeline, with much of its effects not being fully felt until 2024.

Parker said some exemptions would remain for reasons of heritage or natural hazard.

“The medium density residential standards (MDRS) will enable landowners to build up to three homes of up to three storeys on most sites up to 50 per cent maximum coverage of the site without the need for a resource consent,” Parker said.

“Before this change, district plans would typically only allow for one home of up to two storeys.”

“There will be exemptions in the medium density rules in areas where intensification is inappropriate, such as where there is a high risk of natural hazards, or a site has heritage value.

National has been pushing the Government to move faster to loosen planning laws and allow more housing to be built as prices have spiralled upwards.

Willis wrote to the Government earlier this year to offer bipartisan support for more drastic measures.

Parker and Woods wrote back to Willis in late-June and work has been ongoing since then.

Collins said anyone worried about their neighbourhood losing character should realise skyrocketing house prices locking people out of housing would harm character more.

ACT leader David Seymour said the policy was a “hollow stunt" without more infrastructure funding for councils and would cause “chaos” as people had bought into neighbourhoods not expecting the rules in them to massively change.

Key changes proposed under the Bill include:

This Bill introduces major changes for planning in all tier 1 councils, as well as opening the door for these changes to be rolled out to non-tier 1 councils. In summary the changes are 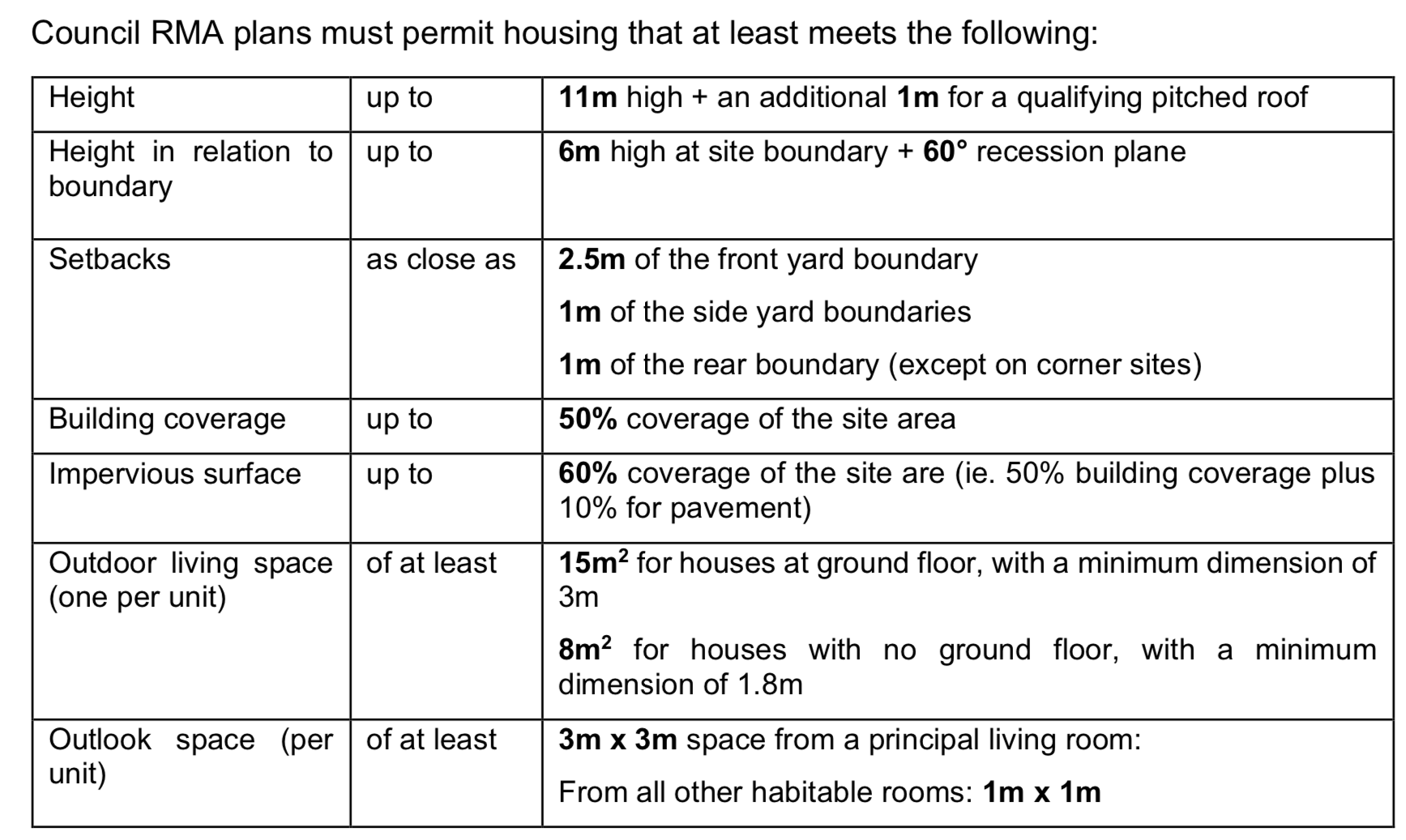 Tier 1 councils will be required to use a new planning process to accelerate housing supply: 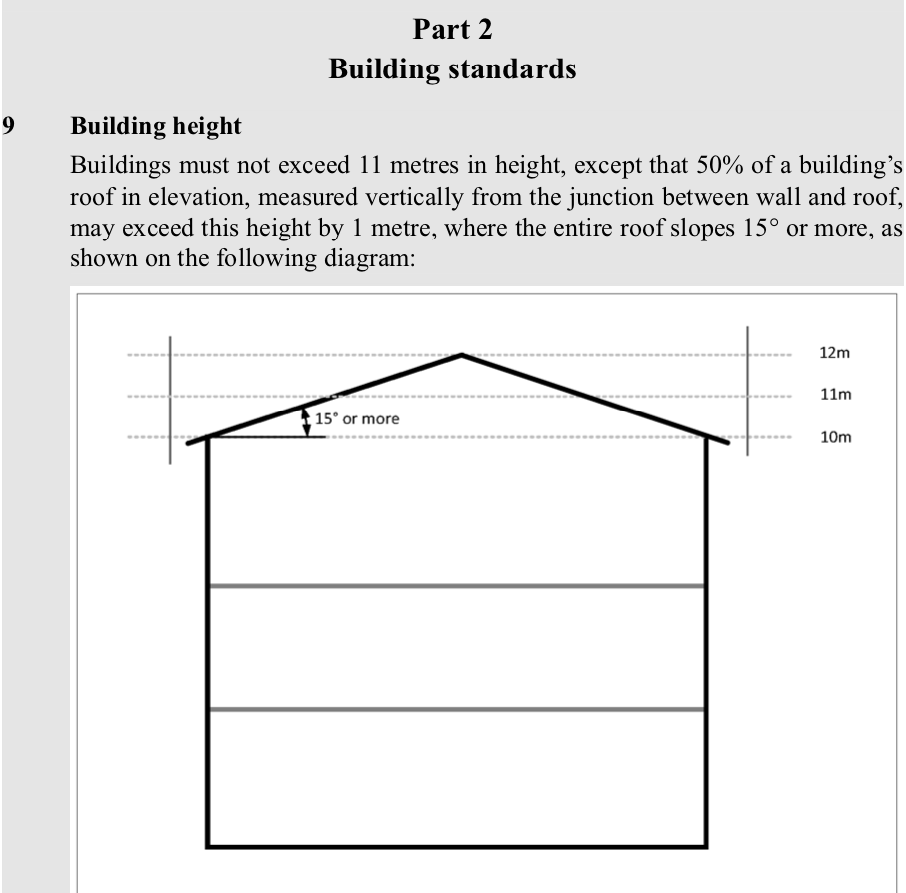 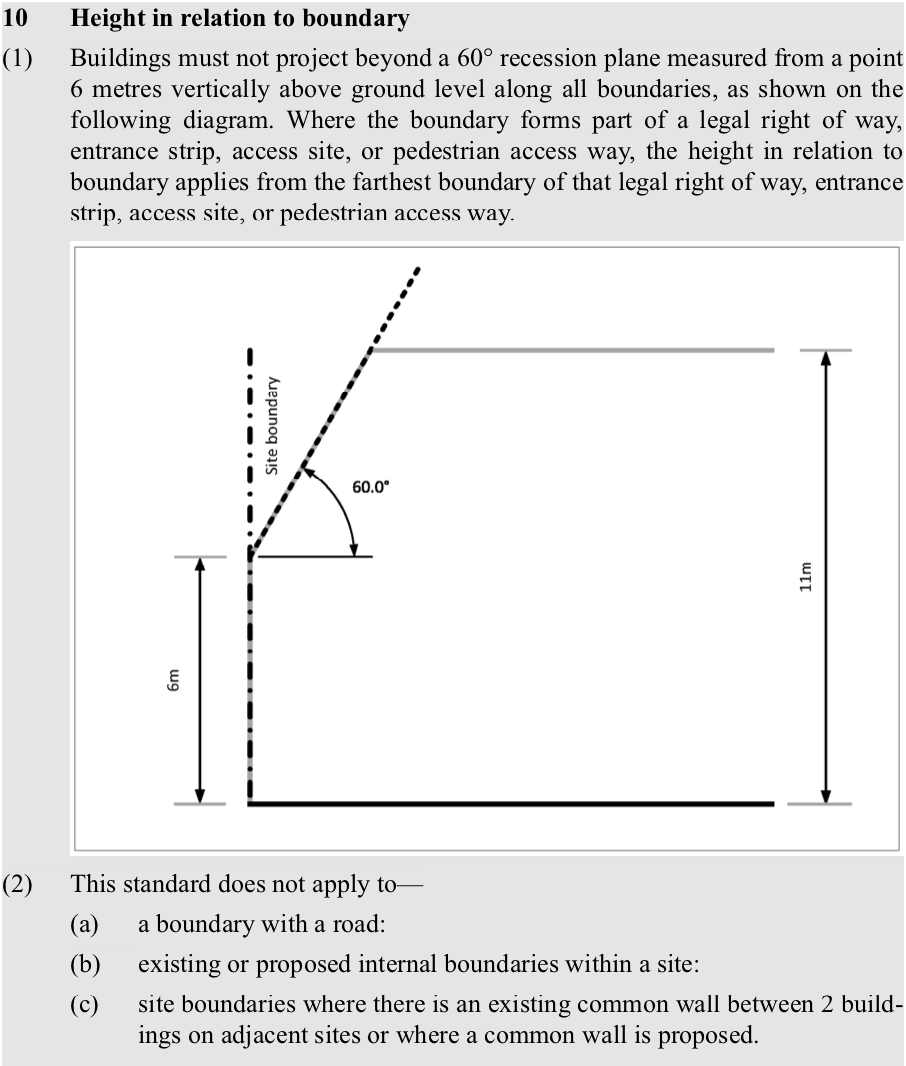 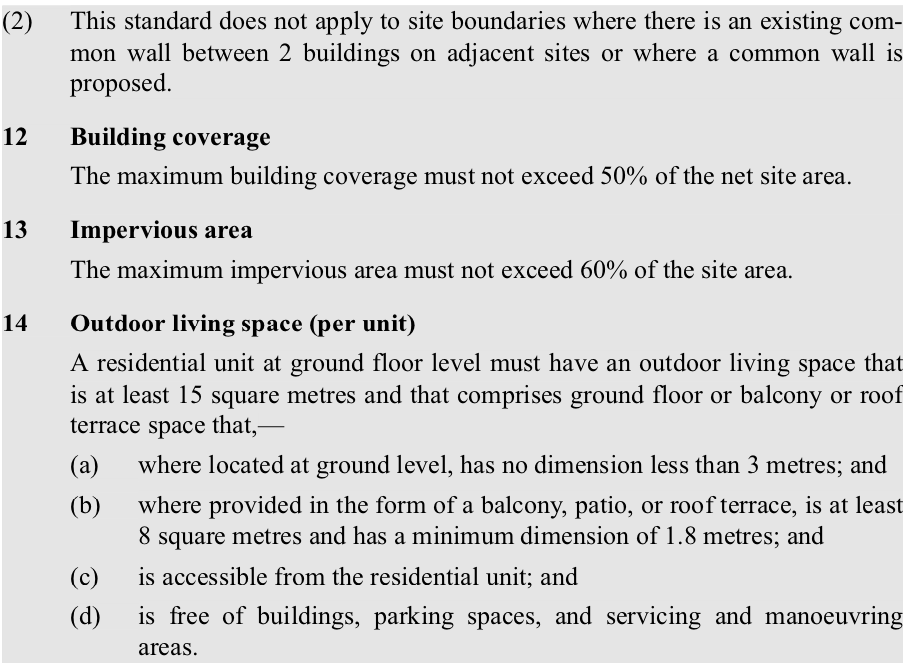 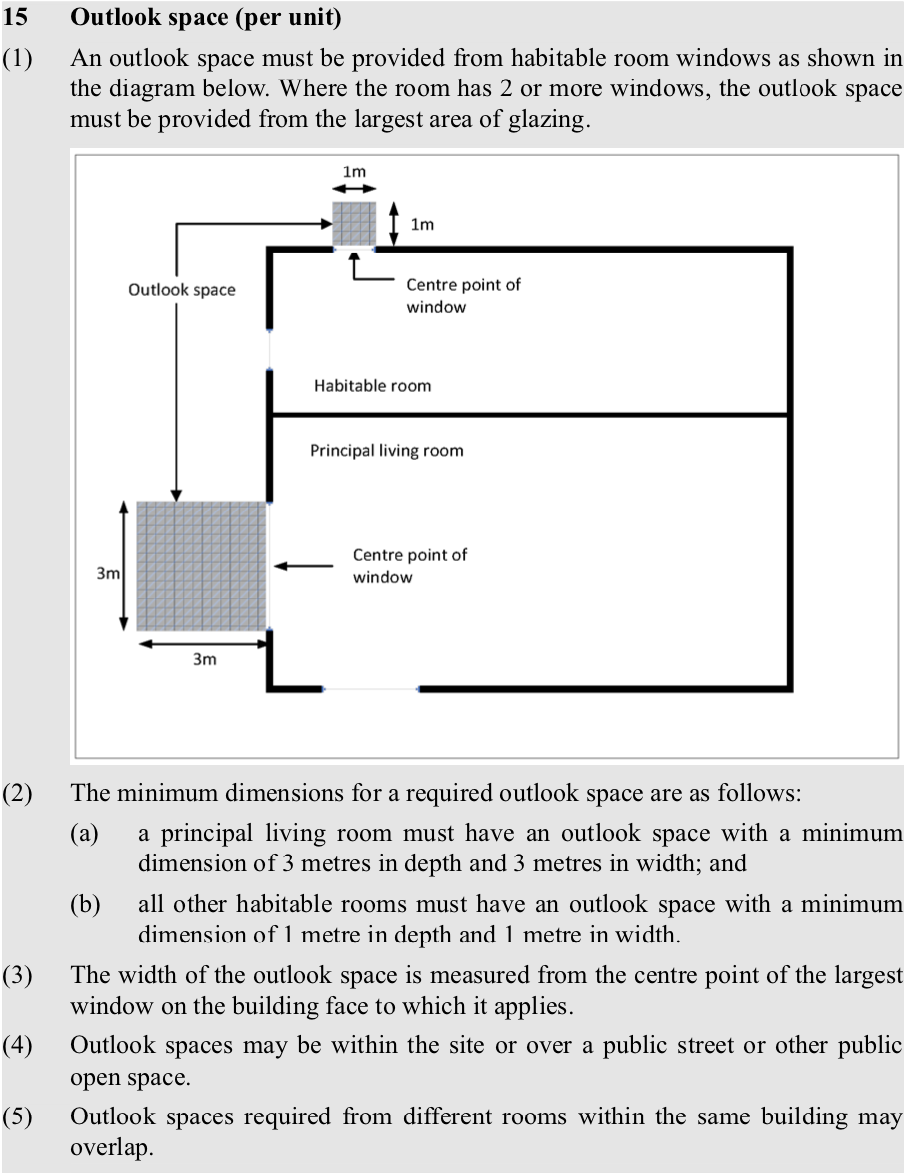 In fact, Hamilton City Councillors are so concerned with what is being proposed they have unanimously agreed the Bill should be withdrawn, noting the proposed law change is in “direct conflict” with Council’s strategic growth planning and some of the Government’s own policies.

Council considered its submission today in response to a bi-partisan announcement last month from the Government and the National Party. The changes, announced by Minister of Housing Megan Woods and Minister for the Environment David Parker, aim to allow more homes, including more affordable homes, to be built in high-growth areas.

Under the proposals, scheduled to come into effect by August 2022, people will be able to build up to three homes of up to three storeys on most Hamilton city sites, without needing a resource consent.

Hamilton Mayor Paula Southgate again warned the proposals will change the face of the city for ever.

General Manager Growth Blair Bowcott said planning staff across the region believed the Bill has been rushed through with no detailed analysis, robust engagement or clear understanding of unintended consequences.

Council’s hard-hitting submission says the proposal creates a “fundamental disconnect” between land use and infrastructure planning and has been put together without detailed analysis or any engagement with either local government, iwi or residents of cities and towns potentially impacted, he said.

“All parties to this joint submission work very, very closely with Government as part of the Future Proof partnership. So it is disappointing these proposals undermine strategic planning partnerships that central government has already committed to,” Bowcott said.

The city’s views are shared by Waipa District and Waikato District Councils, Waikato Regional Council and Waikato-Tainui, with the submission discussed today to be presented as a joint-submission.

The feedback is also aligned to a submission from the Waikato River Authority. The Authority, all four councils and Waikato-Tainui all note the Bill fails to address Te Ture Whaimana o Te Awa o Waikato – the Vision and Strategy for the Waikato River. Planners and legal advisors reiterated this is the most important and powerful planning instrument across the region, but that the Government proposals completely failed to take it into account.

“The content of the Bill is irreconcilable with Te Ture Whaimana unless there is a very substantial central Government investment in wastewater and stormwater infrastucture within the Waikato Region,” the submission said.

“We’ve seen it done well elsewhere and that’s exactly what we want for our city and I think that’s what many people want. But tragically, allowing three-storey buildings to go up like wildfire across the city will not deliver better homes. The intent might be good, but there will be perverse and very poor outcomes from these proposals if they go ahead,” she said.

“Nor is there any mention of the elephant in the room. The Bill makes it near impossible to sensibly plan and try to fund infrastructure upgrades that massive housing intensification will drive. Given the costs of that infrastructure, which will land on our ratepayers, I find that astonishing.”

District Plan Committee Chair Ryan Hamilton said the Bill, as proposed, was a “blanket mandate” that was simply not fit-for-purpose for Hamilton.

“It completely undermines significant work we have under way, at the request of the Government, to deliver more homes which deliver social, cultural, environmental and economic well-beings.”

“No-one is disputing we want and need more houses in Hamilton and we’re laser-focused on that already.  We don’t need an approach forced upon us that might work for Auckland but work nowhere else. We need something that will work for Hamilton and will contribute to a thriving central city, great transport access and well-planned and funded infrastructure upgrades.”

Hamilton said he was heartened the city’s response was part of a wider, regional rejection of a “massive and fundamental change to planning rules that seemed to come out of nowhere.”

“We need all Waikato political leaders to stand up and support Hamilton’s resolute and unanimous opposition to the Bill in its proposed form and I hope they do that.”

The submission must be received by Parliament’s Environment Select Committee by 16 November.